High-tension and extremely fast times on the short distances, surprise among the ultra runners, international podium, livestream from the course and a festival atmosphere in Garmisch-Partenkirchen in the best weather – the 10th anniversary of the Salomon Zugspitz Ultratrail powered by Ledlenser became a great festival for all trail running fans. 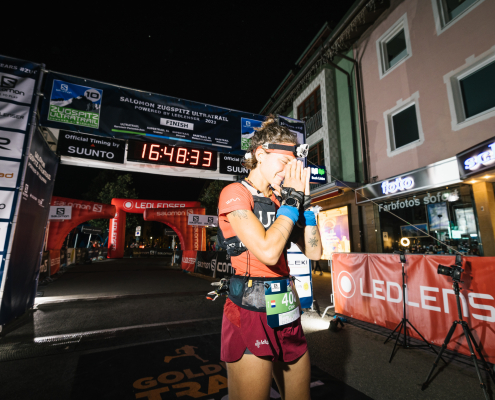 The Salomon Zugspitz Ultratrail powered by Ledlenser which takes place from July 15 to 17 underpins its reputation as Germany largest trail running event with approx. 3750 runners from 56 nations, 5 competitions from 5 starting locations including a German championship and 36 exhibitors.

Finally, the time has come and never has this phase been so fitting as we embark on the 10th anniversary of the Zugspitz Ultratrail (ZUT). After a 2 year pandemic break (as an alternative there was the ZUT Virtual) and the current postponement to July 2022, due to the G7 Summit at Schloss Ellmau, all running fans can now breathe a sigh of relief and look forward to an event of superlatives on the ZUT weekend from July 15 to 17.

Record Participation with 3750 runners from 56 nations

With approx. 3750 runners from 56 nations, the ZUT has more registrations than ever before in its 10-year history, after starting with exactly 676 participants in Grainau, in 2011. In the past 9 years, a total of around 16,000 athletes have come to Garmisch- Partenkirchen or Grainau – where the ZUT has been based so far. Among the most strongly represented nations are Germany, the Netherlands, Poland, Austria, USA and Denmark. The proportion of women is just under 30 percent with the highest proportion participating in the shorter distances opposed to the longer ones. 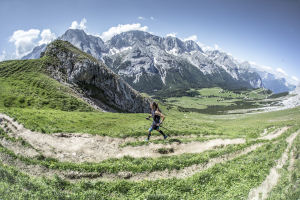 Salomon Zugspitz Ultratrail powered by Ledlenser is postponed to July 15-17, 2022

The Zugspitz Ultratrail, originally scheduled for June 17-19, 2022, will be postponed to July 15-17, 2022. The reason is the G 7 Summit in Schloss Elmau near Garmisch-Partenkirchen, scheduled at short notice by the new German government for the end of June. This was officially confirmed by the German government in a press release on December 14. The concrete preparations for this will already begin at the end of May 2022, accompanied by massive barriers, construction work and blocked hotel contingents for up to 30,000 security personnel. That is why the PLAN B event company as organizer will not get a permit for the Zugspitz Ultratrail on the planned date of June 17-19, 2022.

However, the authorities have now given the green light for the next possible free date. Specifically, the Zugspitz Ultratrail 2022 will take place exactly one month later, from July 15-17, 2022.

The already registered over 3200 participants* were informed about the postponement. Nothing else will change in the routes and the program.

The Zugspitz Ultratrail is considered the biggest trail running event in Germany with an expected 4000 participants* and around 25 exhibitors. 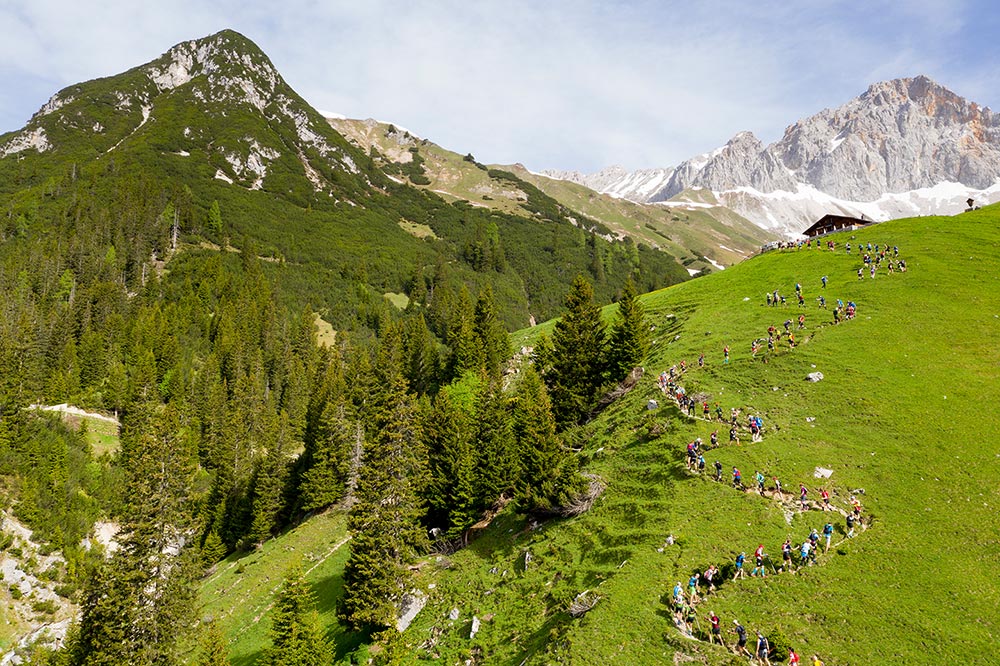 Salomon Zugspitz Ultratrail powered by Ledlenser is postponed to July 15-17, 2022.

November 15, 2021 marks the start of registration for the 10th anniversary of the Salomon Zugspitz Ultratrail powered by Ledlenser (ZUT). The ZUT is the biggest trail running event in Germany and will take place from June 17 to 19, 2022. The organizers are anticipating up to 4000 runners from all over the world, who can choose from 5 routes varying from 25 to 106 km around Germany’s highest mountain, the Zugspitze. For the first time ever, the start of the Ultratrail and the finish of all races will be in the Olympic town of Garmisch-Partenkirchen.

After two years of pandemic-related interruption, the Zugspitz Ultratrail is back. Celebrating its 10th year, Germany’s biggest trail running event will take place from June 17 to 19, 2022 and for the first time, the Olympic town of Garmisch-Partenkirchen will be the main hub. “Over the years, the ZUT has become too big for the small Zugspitze village of Grainau, so we are moving to the ski stadium in Garmisch-Partenkirchen. We started with around 700 participants in 2011 and this year we anticipate up to 4000 runners from all over the world,” explains project manager Uta Albrecht from PLAN B event company. “The last two years we have bridged the ZUT with a virtual edition, but nothing beats a live experience, especially with such a great community. The ZUT not only offers exciting experiences on the trails, but is the meeting place for excellence for all trail runners.”

November 15, 2021 marks the start of registration for the 10th anniversary of the Salomon Zugspitz Ultratrail powered by Ledlenser (ZUT). The organizers are anticipating up to 4,000 runners from all over the world. 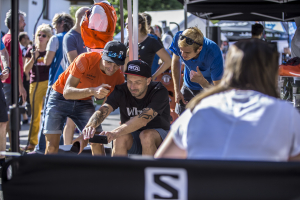